With Christmas well and truly behind us all (wahh!) and the snow suddenly deciding to make an appearance (doesn’t mother nature know we don’t want snow unless we can play in it whilst singing Frosty The Snowman?!) it’s fair to say January is pretty dull.It’s far too cold to be going outside and I don’t know about you but my feet need a break from my heels. Which only means, one thing – it’s acceptable to watch a LOT of TV. I have to admit, I have watched an embarrassing amount of boxsets in my 23 years and dread to think how many hours I could have spent doing something actually productive instead of spending sleepless nights trying to work out how To Get Away With Murder (the boxset not the literal meaning).

So I thought I’d let you all know what my top 5 boxsets are! Of course there are the obvious choices: Game of Thrones, House of Cards, Making a Murderer, Peaky Blinders, The Missing, The OC, Fargo, Homeland – to name but a few – (all of which I’ve seen and would highly recommend). But I’ve tried to go with some that you may not have considered before, but SO should now.

Honestly, I can’t think of enough words to explain how much I loved this show. My number one boxset of all time (minus Friends, that has its own league). Dexter is a psychotic serial killer who channels his need to kill by capturing other wrong-doers who have (literally) got away with murder. It’s always thrilling, occasionally heartwarming and it’s not so bad that Dexter is quite handsome too. 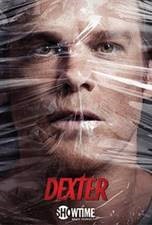 I am worryingly obsessed with crime documentaries, and this is the crime doc to end them all. A 6 part series, follows the life story of multi-millionaire Robert Durst whose wife, best friend and neighbour have all been suspiciously murdered. He’s interviewed throughout the series and the final episode… Well, just make sure you’re not alone that’s all I can say!

This is one of the most under-rated boxset I’ve ever seen. You may have seen the opening seen where Jeff Daniels, who plays a news Anchor is asked ‘Why is America the best country in the world?’ in which we’re giving a good intro into what to expect from him for the next three series… Suffice to say it’s an amazing insight into news rooms, American politics and a bit of romance. What’s not to love. 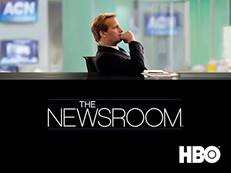 This is slightly mainstream I must admit but not one that many people I know have watched. I’m not into sci-fi at all. Not even in the slightest. But it’s amazing. It’s gritty, slightly scary and makes me wish I had grown up in America in the 80’s so I could ride a chopper.

Ok you should have heard of this. Even if you’re not quite as obsessed with WW2 cinema as I am it is probably one of the most incredible series ever made. A HBO 10 part mini-series tells the story of Easy Company – an American Regiment in WW2 as they fight in France. As you can imagine there are a few hiccups along the way, you know with some guns and what not. Incredible! 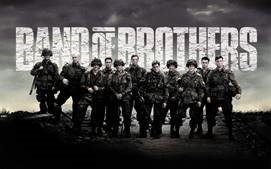 P.s A Series of Unfortunate Events is released on Netflix tonight. No prizes to who can guess what my plans are!